All around the world, the coastal resources are under bringing pressure to bear from population growth and development. More people are placed in coastal areas than in any other type of area, so that putting a strain on beaches, marine plants and animals, water resources, and natural resources. Coastal land management programs strive to protect coastal resources for future generations while balancing today’s competing economic, cultural and environmental interests. The shortage of land resources, quality degradation and inefficient use has become an important restrictive factor affecting the ecological security and sustainable development of coastal developed areas. It is likewise a practical problem faced by land use management and planning decision. Many famous coastal cities in the world, such as Perth, Tokyo, Hong Kong and New York City, because of the contradiction between people and land is becoming more and more prominent, and land use becomes more and more complicated. Their coastal land management is facing a series of issues and opportunities. Tokyo, as one of the coastal cities in the world, is selected to discuss its coastal land management outlook in this report. This report will focus on the following aspects: i) Background discussion in an international and national context. ii) The SWOT analysis for Tokyo. iii) The basic profile of Tokyo city iv) a range of coastal land management issues, opportunities, policies and prospects. v) Methods to solute and improve the current situation vi) Community and business sentiment. Each of these aspects is intricately linked.

It is indisputable fact that the key pressures that impact the coastal land management in the worldwide include population growth, pollution and climate variability. Due to the increasing number of housing, commercial, recreational, industrial and retail, the number of tourism increase and cause the coastal population growth. At the same time, pollution such as chemical, physical and biological waste also increases. For example, more tourism means more demand for hotels and tourist infrastructure in coastal areas, because of this, more trees or vegetation are cut down and used to build these facilities. In this process, trees as barriers may lose and also cause the loss of habitat and biodiversity, which means increasing of the coastal erosion. For this reason, the probability of the occurrence of natural disasters will increase. Therefore, coastal land management issues are interlocking and coastal land manager should pay attention to every problem. In addition, coastal land management has its opportunities in global is an economic benefit. The main positive economic impacts of sustainable coastal tourism are contributions to government revenues, foreign exchange earnings, generation of employment, and business opportunities (WWF-Canon and SIIRLIA, 2008). Moreover, the policies of coastal land management are made as plans to provide non-regulatory policy guidance to coastal land managers in order to protect and manage coastal areas (Queensland, 2016). Cities have already transformed their local environments. So adapting to living with global change will likely usher in a new era of environmental and social transformation in the future (Coastal megacities, 2015).

Read also  The effect of training and development on employee Performance

Furthermore, in the national contexts of Japan, the contemporary issues of the coastal land management in Tokyo are natural disaster, human utilization and ecology problems. Due to the unique topography, most of Japan’s coastlines are threatened by flooding and high waves during the typhoon season and earthquake. In addition, Japan’s coastline is prone to erosion. Thus, prevention of disasters related to typhoons, tsunamis, and erosion is one important functional aspect of coastal land management in Tokyo in Japan. Tokyo Bay area brings a fantastic business opportunity which produces 40% of Japan’s GDP every year. The coastal land is an extremely important gateway for both people and goods flowing into and out of the Tokyo metropolitan area (jsce, 2017). A basic theoretical framework for an integrated coastal zone management (ICZM) scheme in Japan is introduced. Specifically, it must address the ecological, human utilization, and disaster prevention aspects discussed above. Thus, seeking a long-term and broad-based perspective in coastal management and creation of a healthy and stable environment foundation is the goal of ICZM (oldsite.nautilus, 2017).

The SWOT Analysis for Tokyo 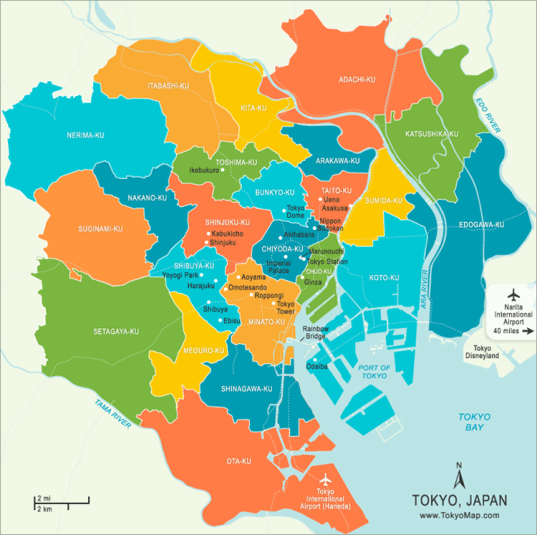 Tokyo is located in the southern tip of the Kanto plain, roughly in the center of the Japanese archipelago. Tokyo is the largest city in Asia, the world’s second largest city, one of the world’s largest economic centers. According to Higashide (undated), the total area of Tokyo is 2,190.93 square kilometres. The area of Tokyo is 0.6% of the total area of Japan. As of October 1, 2015, the population of Tokyo is estimated to be 13.491 million, or about 11% of Japan’s total population, and it has the largest population among all the 47 prefectures. With a population density of 6,158 persons per square kilometer, Tokyo is the most densely populated prefecture in Japan (metro, 2017).

The Tokyo region is Japan’s leading industrial center, the major economic base of Tokyo is manufacturing base. Heavy industries are concentrated in Chiba, Kawasaki, and Yokohama, while Tokyo proper is strongly inclined toward light industry, including book printing and the production of electronic equipment (city-data, 2017).

Tokyo represents one of the most efficient and fast public transport systems in the world. It combines an extensive train network, underground subway lines, a bus system, taxis, and car rentals (tokyo-tokyo, 2017). According to japan-guide (2017), Tokyo is covered by a dense network of trains, subway and bus lines, which are operated by about a dozen different companies. Train lines operated by JR East and the subway lines are most convenient for moving around central Tokyo. 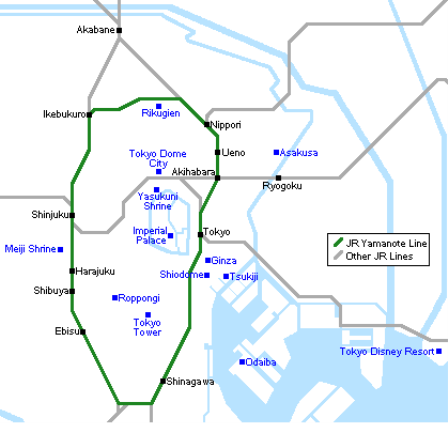 Availability of public and green spaces

Tokyo also contains numerous parks and gardens. There are four national parks in Tokyo Prefecture, including the Fuji-Hakone-Izu National Park, which includes all of the Izu Islands (gojapango, 2017). The percentage of public green space (parks and gardens) is 7.5% in Tokyo (Worldcitiescultureforum, 2017).

Read also  Being A Manager But Not A Leader

Tokyo is faced with two major environmental crises. The first one is the threat of damage to health caused by air pollution aggravated with the increase in the number of automobiles on the road and the amount of chemicals released into the atmosphere. The other crisis is the problem of the heat island effect in urban areas caused by enormous energy consumption and global warming due to the increase of carbon dioxide in the air (legcogov, 2017).

As mentioned above, coastal land has brought huge economic wealth to Tokyo. Therefore it is important to save coastal land spaces and use land economic, make every piece of land valuable. The current issues of the coastal land management in Tokyo are natural disaster, human utilization and ecology problems. In order to address its root causes. Perhaps the most effective method of doing this would be for the coastal land managers to set up a coastal management plan. As well as using soft engineering and hard engineering solutions to improve quality of coastal land. Determine the goal of the integrated coastal zone management (ICZM) scheme, follow a good coastal management plan to create a healthy and stable environment foundation in the future.