Effects of Globalisation on Businesses

Globalisation is a force that shapes our contemporary world, affecting business, environment, and society. Suppliers, corporations, and consumers are linked by information, material, and capital flows as production processes become increasingly dispersed around the globe (Kopnina & Blewitt, 2015). Globalisation is the ongoing process that is linking people, neighborhoods, cities, regions and countries much more closely together than they have ever before. This has resulted in our lives being intertwined with people in all parts of the world via the food we eat, the clothes we wear, the music we listen to, the information we get and the ideas we hold (UNESCO, 2010).

The Risks and Opportunities from Globalisation (2007) mentions that since globalisation has the trend towards increasing the global economic integration, is one of the largest force affecting the world economies at the present. The current period of increase in globalisation will have major ramifications for the world and New Zealand economy (New Zealand Treasury, 2007). Globalisation has been taking place for hundreds of years, but has speeded up enormously over the last half-century, however globalisation is not helping to close the gap between the world’s poorest and the world’s richest (BBC UK, 2014). 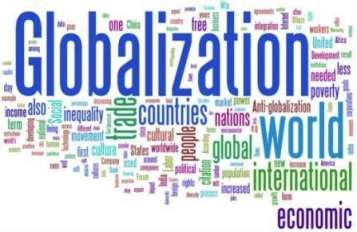 Effects of Globalisation on Businesses – Positive

Globalisation leads to increased competition in businesses. The competition can be related to product and service cost or price, target markets, technological adaptation etc. When a company produces with less cost it is able to increase its market share (Forsyth, 2011).

Due to competition growth companies and foreign brands have been compelled to improve their standards and consumer benefits which have positively affected many people globally.

Although there are a few negative impacts of competition but the positive outcomes outweigh the negatives.

Globalisation has also allowed a significant rise in the level of technology used in today’s world. Many entrepreneurial and internationally oriented firms have obtained the help of technology to exploit new business opportunities. A good example of this would be the increasing usage of E-commerce procedures in majority of businesses.

Technology is also one of main tools of competition and the quality of goods and services. Globalisation has increased the speed of technological transfers and improved overall technological quality. Most companies in capital intensive markets are at risk and that’s why they need good and efficient technology and R&D management (Forsyth, 2011).

Due to globalisation people from various countries are provided with jobs. It has also created the concept of outsourcing. Work such as software support, marketing, accounting, etc. are given to developing countries such as India, Pakistan, Nepal etc.

Impacts of Globalisation on Businesses – Negative

Globalisation has led to fluctuation in price across the globe in various areas. Due to increase in competition, business firms in developed countries are forced to lower their prices for their products. A big example of this is countries like China produce goods at a much lower cost than other countries which lead other firms and organizations in other parts of the world lower their prices to maintain customer satisfaction and loyalty. This is a negative effect as it reduces the ability to sustain social welfare (UKESSAYS, 2015).

To summarize globalisation can be said to be good, bad and inevitable. People want the good to outweigh the bad but prolonged exposure to globalisation is something that is inevitable (Gemma, 2014). The only solution is to make use to resources of the world in the best manner possible for both the betterment of businesses and society.

McPheat, S. (2011, July 7). The effects of globalisation on business. Retrieved from

UKESSAYS. (2015). Positive and negative effects of globalization. Retrieved from