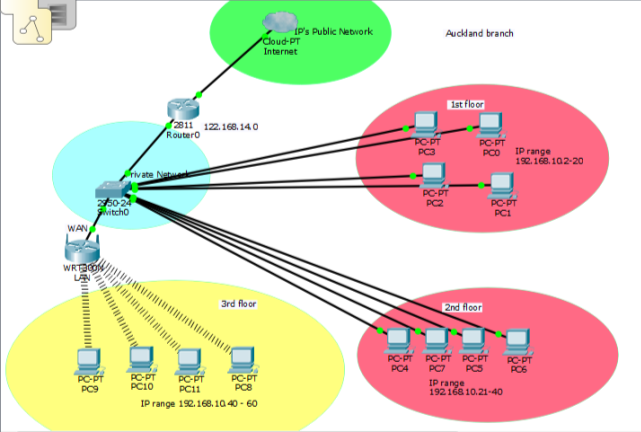 In case of the Partners, they can connect to the main office network via VPN connection. But in common cases they use Cisco VPN utility that contain SSL certificate, IP address, password. Meanwhile Firewall is configured with identification of these IP addresses, based on which certain access level is delegated for the partners.

In Napier branch Router2 has default routing. As well as Christchurch branch.

In Auckland branch, we face the same case of both Routers to have default routing.

For t Static routing tables were used to configure the networks. In addition to that, default routing was implemented in all routers. To ensure correct work, tracert command was used in command prompt.